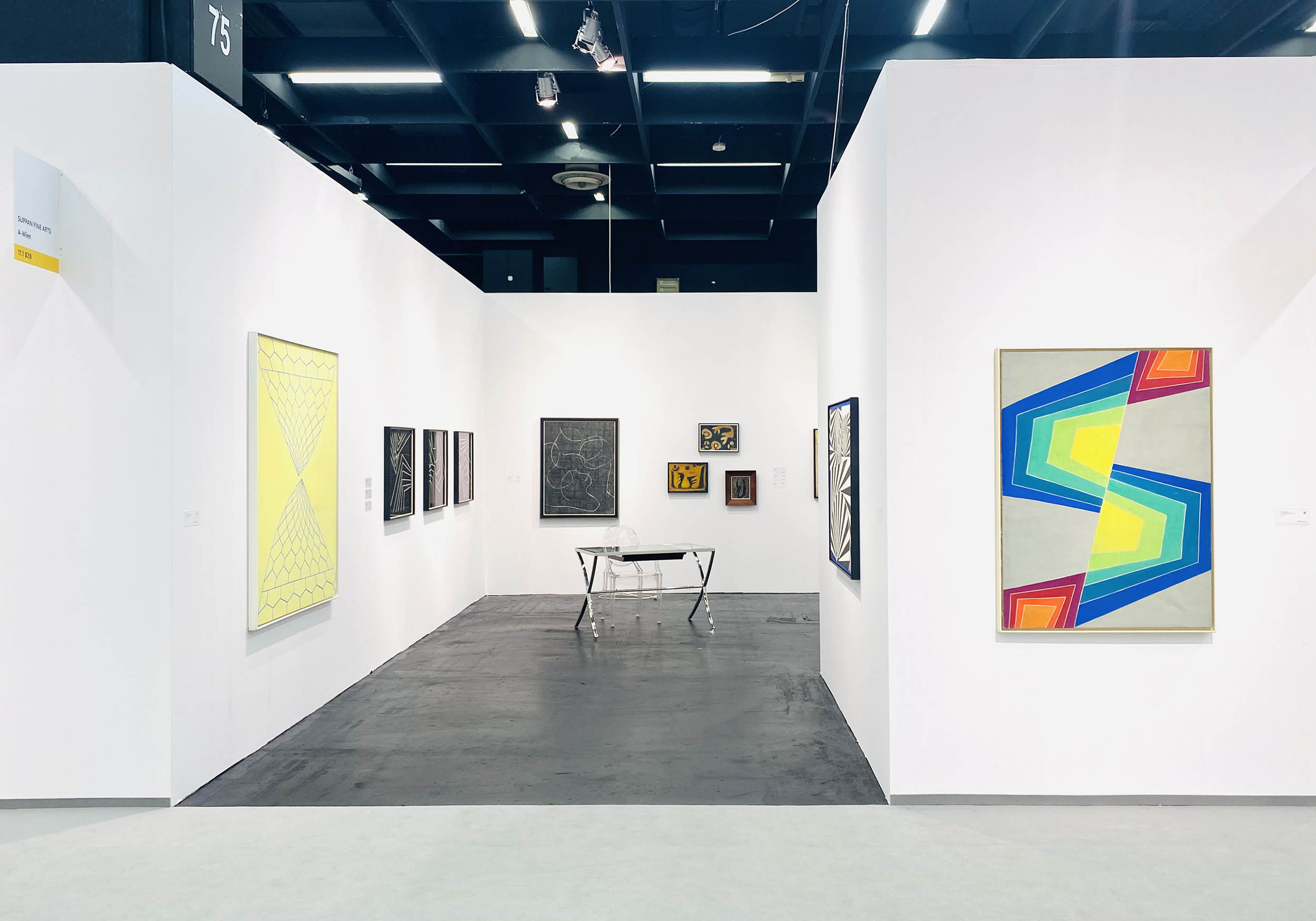 We are pleased to participate again at the Art Cologne 2020. The fair will take place at Messeplatz 1 in Cologne between November 17 - 21, 2021. We will present works by Hildegard Joos and Rudolf Ray, rediscoveries that will be shown at Art Cologne for the first time, at our Booth B 28.

HILDEGARD JOOS (1909 - 2005) is one of the most important artists of geometric abstraction and constructivism in Austria. In 1962 she was the first female artist whose work was presented as part of a solo exhibition in the main room of the Vienna Secession - three further solo exhibitions took place there in 1964, 1967 and 1980. From 1959 Hildegard Joos had a studio in Paris where she caused a sensation with her monistic paintings and was represented at numerous exhibitions such as the “Salon des Indépendants” and the “Salon des Réalités Nouvelles”. Her work marks an interface in the tradition of geometrical-constructive abstraction and the contemporary painting discourse.
The focus of the presentation at this year's Art Cologne are her works of the late 1960 and 1970s, including the “Verschiebungen”, “Balancen”, “Dérogationen” and “Aequivoke Evolutionen”.

RUDOLF RAY (1891 - 1984), born in Latvia, came to Vienna at the age of 9 where he studied medicine and law and later also painting. On the occasion of his first exhibition in Vienna, Oskar Kokoschka wrote in 1934: “Rudolf Ray is an expressionist” and announced his art as a revolution. At that time, Ray was still creating his psychological portraits. For this work and for all of his other works, the external appearance was merely a shell that had to be overcome in order to get to the real essence of what was depicted. Ray lived in several countries, including France, where he met and worked with Othon Friesz. In 1942 he immigrated to New York together with Marcel Duchamp, who arranged for him a Rudolf Ray exhibition in Peggy Guggenheim's gallery Art of this Century. In 1948, the art critic Clement Greenberg named Ray in the same breath as Mark Tobey and Jackson Pollock when he describes the departure of contemporary artists from traditional panel painting in The Crisis of the Easel Picture. The cosmopolitan Rudolf Ray spent several years of his life in India (1956-1959) and Mexico (1960-1974) with several solo exhibitions. He also stayed in the United States and later moved to Great Britain, where he died in 1984.
At its booth, the gallery shows a cross-section of his oeuvre with a focus on the creative periods in India and Mexico.