The Berlin painter Ryo Kato, born in 1978 in Japan, has made it his mission to provoke an increased environmental awareness with his work as an artist. He had his training with Daniel Richter, to whose master students he counted. Among his other role models are Albert Oehlen with his interplay between figuration and abstraction, as well as Jörg Immendorff with his processing of political topics. Ryo Kato's dismal titles, which point to annihilation, loss or wanton destruction on our planet, stand in stark contrast to his virtuoso color palette, which mixes figurative elements with abstracts in layering.

Ryo Kato's artistic approach to environmental issues was shaken up by the shocking accident at the Fukushima nuclear power plant: "... the super-disaster in Fukushima has greatly influenced my artistic vision and ideas. I also want to raise awareness about the art of making people aware of environmental issues and to make people think about the connections between people, nature, economy, consumption, war and religion. That's why I'm more concerned with environmental issues in my art today ... ".

Ryo Kato is the winner of the prestigious I-shi Award of Okayama Prefecture Museum, which has made him internationally known. 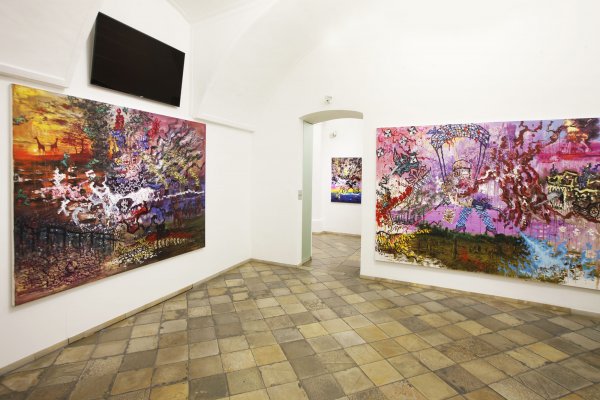