Franz Ringel was a founding member of the group Realities in 1968, with which he caused a sensation in the Vienna Secession with an exhibition of the same name. He prefers to paint human figures that can depict motifs from the depths of the human unconscious or classical Greek literature. Repulsive act on many the countless limbs of his puppet characters. Strong, thickly applied colors make up part of the effect of his pictures.

In 1980, he changed his signature from Franz Ringel to M.J.M. Ringel, with the three letters for the three most important women in Ringel's life. These were his foster mother Margarete, his birth mother Juliane and his wife Maria. A few years after the death of Maria in 1983, the book "achtundsiebzig Bilder für Maria" was published, which was honored as one of the most beautiful books in Austria.

His works are part of the most prominent private and public museum collections that have presented him in solo and group exhibitions, including the Belvedere, Vienna; Albertina, Vienna; Museum der Moderne, Salzburg; LENTOS, Linz, MUMOK, Vienna; Sammlung Essl, Vienna; Sammlung Cserni, Vienna 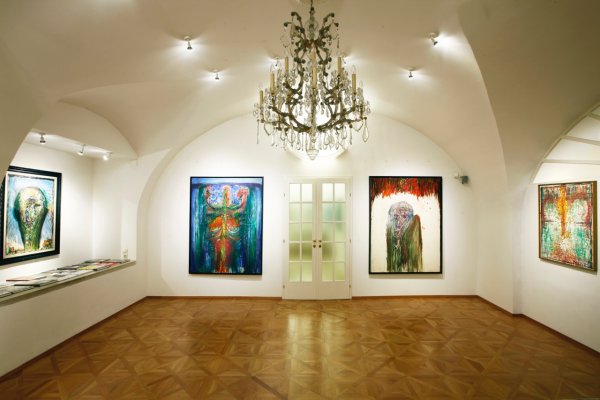